CHICAGO, Nov. 11, 2022 /PRNewswire/ -- Combined Insurance Company of America, a Chubb company and a leading North American provider of supplemental insurance sold to employees at the worksite and directly to individuals, announced today that it has been honored as America's #1 Military Friendly® Employer ($1 billion-$4.99 billion revenue category) and a "Best for Vets" employer in recognition of its recruiting and retainment efforts. 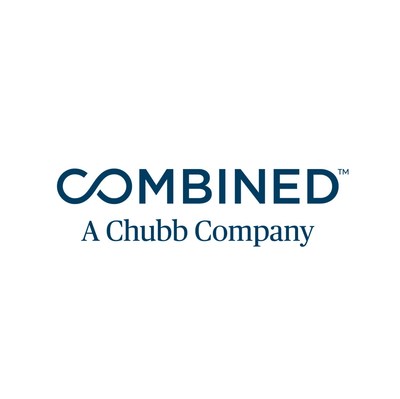 "Veterans, military spouses, and their family members make our company better," said Rich Williams, President of Combined Insurance. "Combined has a proud and longstanding commitment to giving back to the military community. That's because we appreciate the perspectives, experiences, and skills that these colleagues bring to our organization."

For the fifth year in a row, Combined has earned the top spot as America's Military Friendly® Employer ($1 billion-$4.99 billion revenue category) by VIQTORY, the publisher of G.I. Jobs® and Military Spouse® magazines.

The VIQTORY awards program recognizes organizations "committed to creating sustainable economic benefit to the military community." This year's award winners will be featured in the December print editions of G.I. Jobs® and Military Spouse®.

For the sixth time, Combined Insurance has been named a "Best for Vets" employer by Military Times. This year, Combined ranks 17th out of 175 honored American organizations; first in the insurance industry; and first in the company's home state of Illinois.

Combined launched its veteran recruiting program in 2010, hiring more than 5,500 veterans, military spouses, and their family members since then. Combined also is a strong supporter of military and veteran-focused nonprofit organizations, including USO Illinois, Luke's Wings, and Fisher House.

"As a Chubb company, Combined's dedication to hiring veterans and their family members reflects a corporate-wide commitment to supporting those who serve our country," said Julie Dillman, Executive Vice President, Chubb Group and Digital Transformation Officer, who also is executive sponsor of Salute, Chubb's veterans employee resource group. "These individuals are a strong and vibrant part of who we are and why our organization thrives."

Combined Insurance Company of America is a Chubb company and a leading provider of supplemental accident, health, disability, and life insurance products in the U.S.* and Canada. Headquartered in Chicago with a tradition of 100 years of success, we are committed to making the world of supplemental insurance easy to understand. The company has an A+ rating by the Better Business Bureau and an A + (Superior) financial strength rating by A.M. Best. We are ranked by VIQTORY as the number one Military Friendly® Employer in 2022 (over $1 billion revenue category), marking Combined's eleventh consecutive year on the Top 10 list. For more information, please visit www.combinedinsurance.com.

Chubb is the world's largest publicly traded property and casualty insurance company. With operations in 54 countries and territories, Chubb provides commercial and personal property and casualty insurance, personal accident and supplemental health insurance, reinsurance and life insurance to a diverse group of clients. As an underwriting company, we assess, assume and manage risk with insight and discipline. We service and pay our claims fairly and promptly. The company is also defined by its extensive product and service offerings, broad distribution capabilities, exceptional financial strength and local operations globally. Parent company Chubb Limited is listed on the New York Stock Exchange (NYSE: CB) and is a component of the S&P 500 index. Chubb maintains executive offices in Zurich, New York, London, Paris and other locations, and employs approximately 34,000 people worldwide. Additional information can be found at: www.chubb.com.