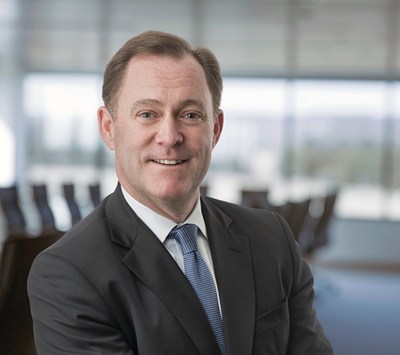 "I have the distinct privilege today to name John Keogh President of Chubb," said Mr. Greenberg.  "The title of President more appropriately reflects John's current wide-ranging responsibilities and importance to the success of our company and is in recognition of his exceptional contributions and leadership over the course of his 14 years as my partner and trusted colleague.  John is an outstanding insurance executive – he continues to demonstrate the skill, character and intellect that exemplify great leadership, including a true command and level of execution excellence across our global insurance operations.  I look forward to working with John for years to come."

"I am honored and grateful to be named President of Chubb," said Mr. Keogh.  "I have benefited greatly from Evan's leadership and the contributions of my many outstanding colleagues.  I am energized and excited to continue building with Evan an enduring firm that delivers profitable growth and superior value to our clients, distribution partners, shareholders and employees."

Mr. Keogh has served as Chief Operating Officer since 2011.  He joined the company, then named ACE, in 2006 as Chairman, Insurance – Overseas General.  He was appointed Vice Chairman in 2010 and Executive Vice Chairman in 2015.  Before joining ACE, Mr. Keogh held a range of positions with increasing responsibility during a 20-year career with American International Group (AIG), including Senior Vice President, Domestic General Insurance, and President and Chief Executive Officer of National Union Fire Insurance Company of Pittsburgh, an AIG member company.  He began his insurance career as an underwriter with AIG in 1986.

Mr. Keogh is chairman of the board of overseers for the Maurice R. Greenberg School of Risk Management, Insurance and Actuarial Science of St. John's University and he serves on the board of trustees of the Eisenhower Fellowships. He is also on the board of directors of the New York Police and Fire Widows' and Children's Benefit Fund, and the Brown University Sports Foundation.  Mr. Keogh holds a Bachelor of Arts degree in Economics from Brown University.

About Chubb
With operations in 54 countries and territories, Chubb provides commercial and personal property and casualty insurance, personal accident and supplemental health insurance, reinsurance and life insurance to a diverse group of clients. As an underwriting company, we assess, assume and manage risk with insight and discipline. We service and pay our claims fairly and promptly. The company is also defined by its extensive product and service offerings, broad distribution capabilities, exceptional financial strength and local operations globally. Parent company Chubb Limited is listed on the New York Stock Exchange (NYSE: CB) and is a component of the S&P 500 index. Chubb maintains executive offices in Zurich, New York, London, Paris and other locations, and employs approximately 33,000 people worldwide. Additional information can be found at: www.chubb.com